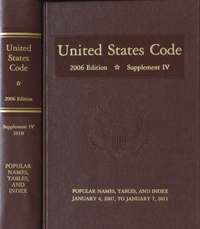 Codes refer to statutes (see statutes tab) that have been "codified" or organized by subject.

The United States Code was first published in 1926; a new edition is printed every six years and supplemented annually.  The United States Code is currently organized into 53 subject titles (titles 1­­-52 and 54, with title 53 in reserve).  It includes an index, a popular names table, and other supplementary tables. (Library of Congress, Codified Law).

The U.S. Code does not include regulations issued by executive branch agencies, decisions of the Federal courts, treaties, or laws enacted by State or local governments. Regulations may be found under the regulations tab. 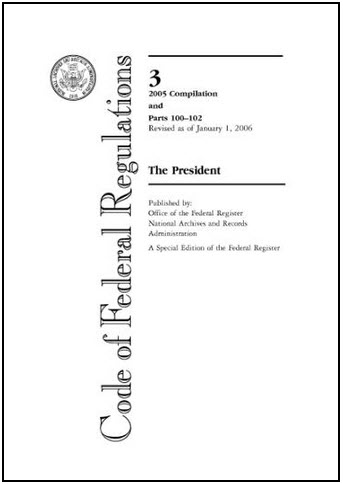 Regulations are issued by executive branch agencies, such as the EPA, OSHA, BLM.

Federally adopted regulations may be found in the Code of the Federal Register.

Proposed regulations may be found in the Federal Register. 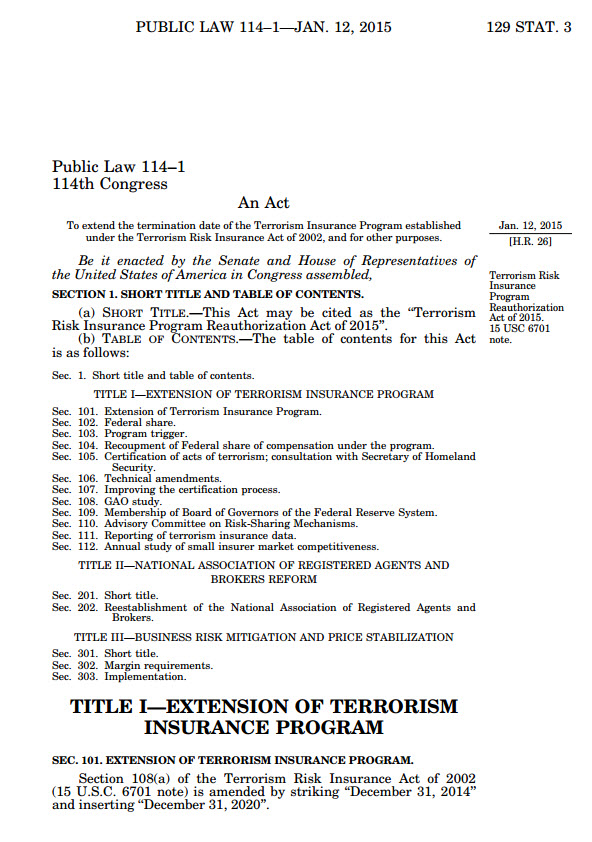 Statutes are laws made and passed by legislative bodies.

"Technically, a 'statute' is an individual law, the equivalent of a Federal "Public Law" or "Private Law," also known in many states as 'Chapter Laws' or, more generally, as 'Session Laws.' "  (Zimmerman's Research Guide, LexisNexis).

Statutes, legislative laws, or statutory laws, are distinguished from case law, which are court interpretations of the statutes.  Statutes also differ from regulations, or regulatory laws, which are issued by government agencies.