The year Sumner entered LVC according to his senior biography in The College Forum, but he is not listed in the 1899 yearbook.

Listed as a sophomore...

Listed as a junior, but 1902 is noted as his graduation year.

This list of Sumner's activities was complied by reviewing the LVC yearbook and school newspaper: The Bizarre and The College Forum.

*This perhaps refers to the 1901 United Brethren General Conference held in Frederick, MD. 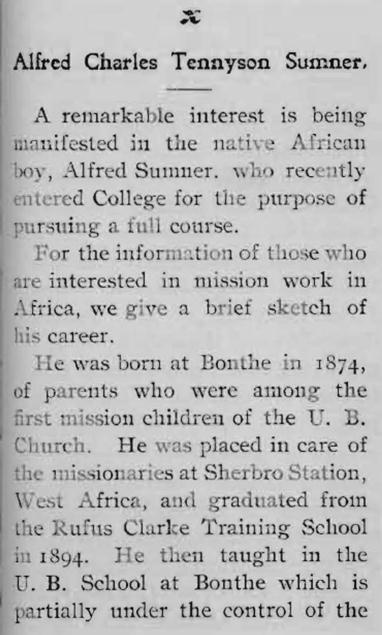 "The story of his journey is touching indeed when one thinks of the self-sacrifice and indomitable courage which he manifested in overcoming the poverty which seemingly opposed his coming here." 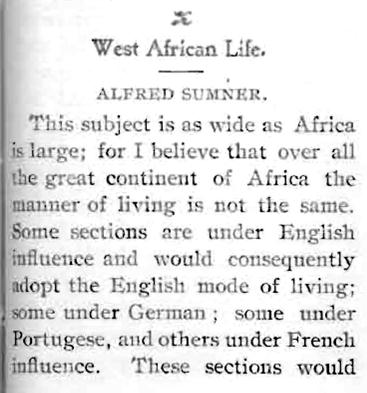 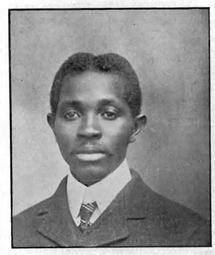 Sumner's picture from the 1901 LVC yearbook, The Bizarre.

As an educator in Sierra Leone, Sumner went on to become "the author of grammars of the Mende, Sherbo, and Temne languages" (Wallace, 206).

Alfred's son was the Hon. Doyle Sumner who went on to become the Minister of Natural Resources in Sierra Leone. Doyle attended LVC from 1936-1938.

What is a Literary Society?

"In most colleges of the United States during the nineteenth century, the Literary Societies were not only important elements in the students' social life; they contributed something essential to the intellectual atmosphere, supplementing the formal college curriculum by introducing a wide range of intellectual interests not directly handled in college classes" (Wallace, 55).

The Philokosmian Literary Society at LVC was started on May 3, 1867 and the name was suggested by President Vickroy.

If you scroll to the bottom of page 130 you will see Sumner mentioned as a 1902 LVC grad and it also mentions that at the time of this books printing (probably 1911) he was teaching at the Albert Academy in Freetown, West Africa which was a mission school under the United Brethren in Christ (see page 131).

LVC has a connection to Africa via Sumner and others. To read more about it click the photo below and visit the LVC President's Report from 2010-2011. 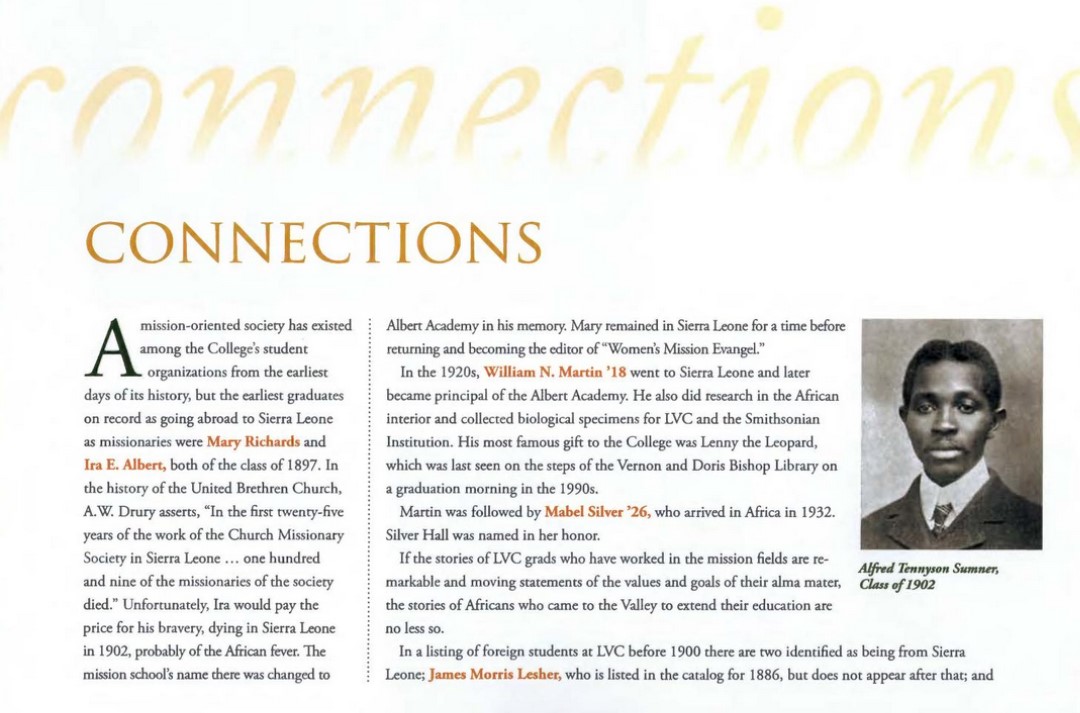 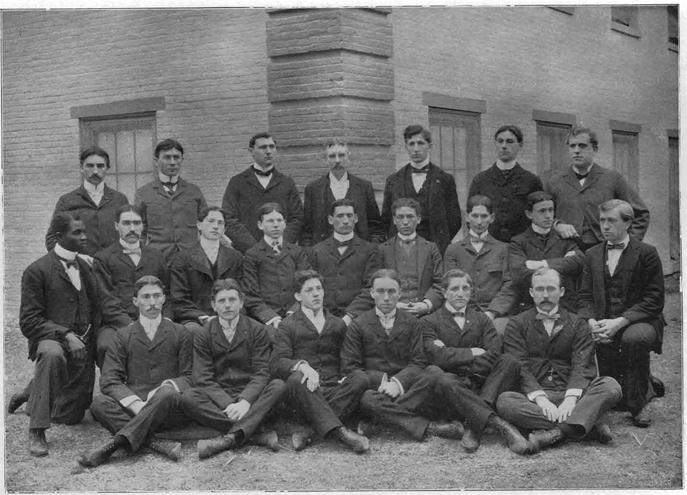 A group photo of the Glee Club or Conservatory from the 1900 yearbook. Sumner is pictured on the left.

Another group photo from the 1900 yearbook. This time Sumner is pictured with the Philokosmian Literary Society (lower right) and listed as the group's Organist. 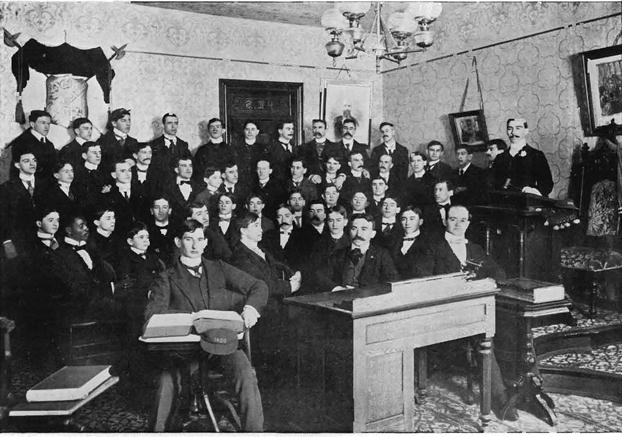 From the 1901 yearbook, Sumner is again pictured with the Philokosmian Literary Society (lower left). 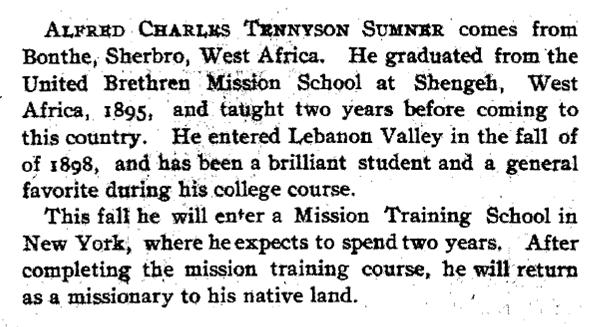 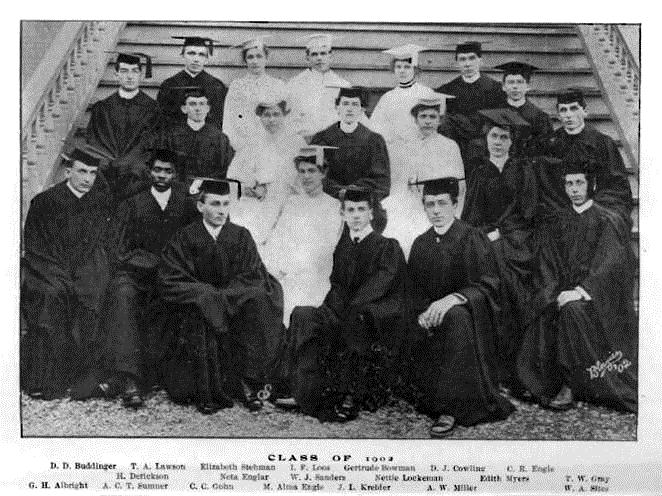 Writer or Associate for - The College Forum 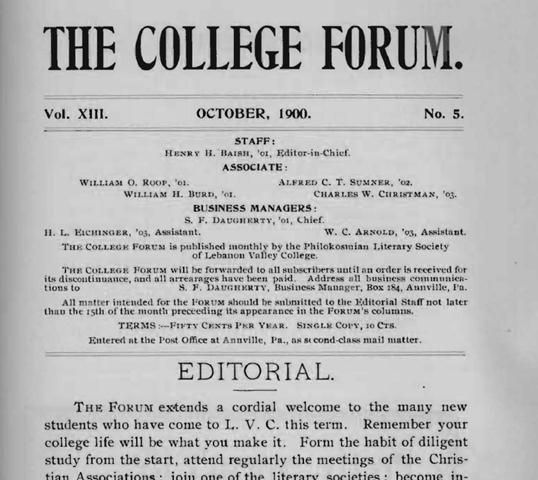