Parliament consists of two chambers.  The House of Commons is the elected lower chamber.  The unelected upper chamber is the House of Lords.

The right to sit in the House of Lords was at one time restricted to those who held hereditary titles.  In current times, members of the House of Lords are appointed by Queen Elizabeth II, with advice from the prime minister and an independent commission.

Either chamber may introduce a bill, also called Draft legislation, although revenue bills must originate in the House of Commons.

Bills proceeds through a multi-step legislative process, as pictured below.

Both chambers must approve a bill in the same form before it can receive the Royal Assent and become a legally binding Act of Parliament.

For more detailed information on this process, see How a Bill Becomes Law.

A cabinet-style government wields executive power at the national level in the UK. 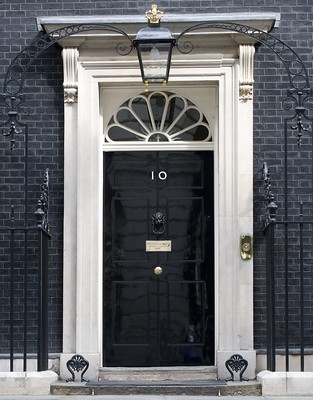 This cabinet is formed by the party (or coalition of parties) that attains a majority in the House of Commons.

The Prime Minister is the head of the national government, and leads the majority part in the House of Commons.  Other members of the cabinet as well as sub-cabinet officials, are known as ministers.  They are appointed by the Prime Minister.

The national government exercises its authority in the name of a hereditary monarch.  The current monarch is Queen Elizabeth II.  She serves as the head of state, although her role is largely ceremonial.

The UK does not have a single unified court system.

England and Wales share a unified court system which originated in medieval England and is based on common law principles. 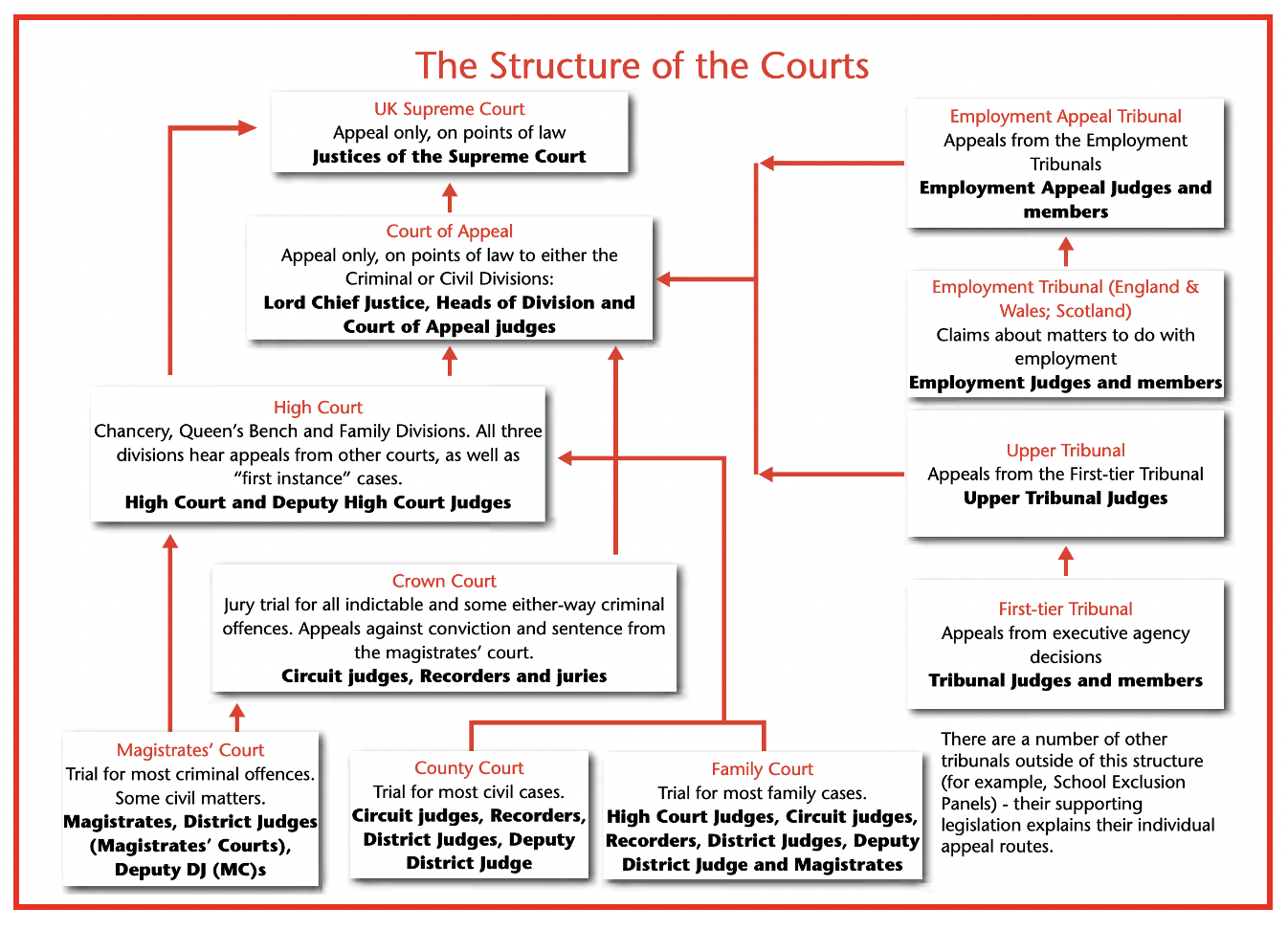 In England and Wales, most civil cases are heard in the County Court.  Specialist tribunals resolve particular types of civil disputes, such as those involving taxation and employment, immigration and asylum cases.

Criminal cases are heard in the Magistrates' Court, with the Crown Court hearing more serious offenses.

The High Court functions as both a court of first instance for high value civil claims and as an appellate court for civil and criminal cases. It consists of three divisions: the Queen's Bench, the Chancery Division, and the Family Division.

The Supreme Court sits at the apex of the UK’s legal system. It hears appeals from courts in England and Wales, Scotland and Northern Ireland.